November 2003 my son, Sean, and I drove up route 191 from the Petrified Forest National Part to arrived at Chinle on a November afternoon. In 2003 my photography kit included a Sony Point and Shoot 5 MP camera with filters, an over the shoulder (purse type) bag and an inexpensive “Kmart” tripod. 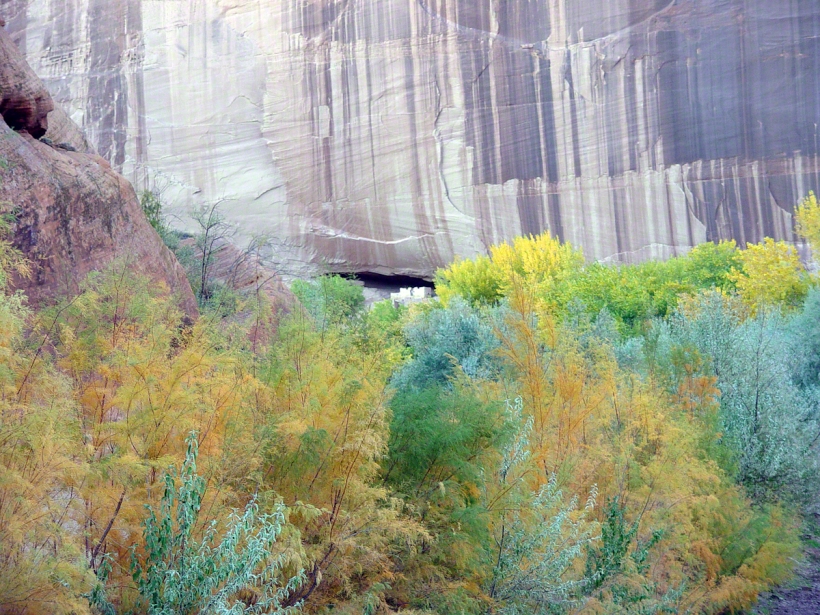 When Pam and I visited July 2008, in the intervening 4 years, 9 months the Russian Olives were removed as an invasive species, the ruin was no longer white.

There is one highway headed south in the Four Corners region of Northern Arizona, the same route 191 Sean and I took.  In 2008 Pam and I came from Colorado south on 191, also arriving late afternoon.

That July day the sun set 8:33 pm as the Navajo Reservation observes daylight savings time. My goal was to photograph the White House Ruin I missed in 2003. We arrived at the trail head. My photography kit was expanded from 2003, now included a Kodak DSC Pro slr/C, the “C” meaning “Canon” lens mounting, a Sony 700 alpha slr (I only use a variable lens), Manfrotto tripod with hydrostatic ball head, and the backpack style Lowe camera case. With the tripod it is over 25 pounds.

With this on my back I was prepared to boogie down the trail. At the height of tourist season there were many more people at the trailhead. Pam, being a friendly person, started a conversation while I ploughed ahead along the flat canyon rim. It is solid red sandstone, beautiful, generally level with enough unevenness to require attention. When Pam saw how far ahead I was she tried to catch up, tripped, fell hard.

I backtracked to Pam and we pulled it together. She thought, maybe, the fall broke a rib. We descended, slowly, together. Here we are in front of the ruin. The sun, low in the sky, is moving below the south canyon wall. This is a perfect time and I used both cameras.

The sweep of cliff and desert varnish was my intent to capture. Here it is through the Canon 50 mm lens. 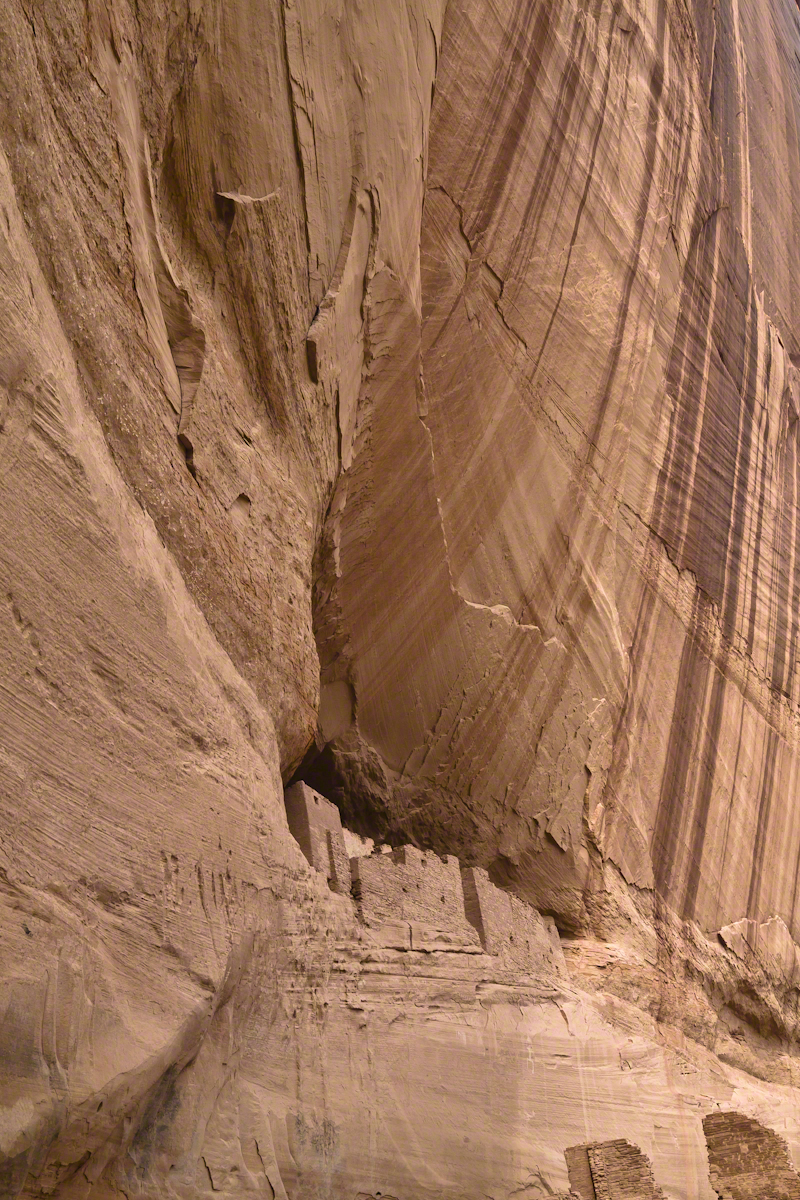 Click link for this White House photograph in my Online gallery.

I captured this version with the Sony Alpha 700 slr, the variable lens set to widest angle. 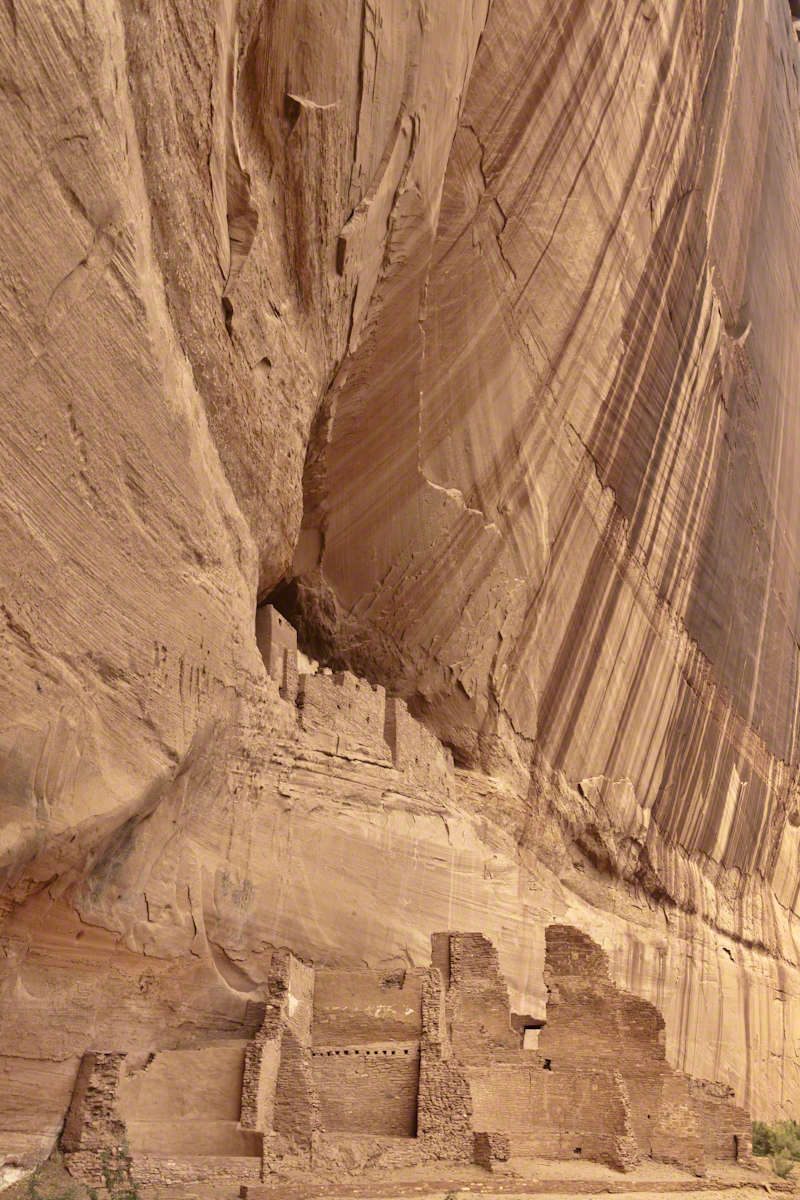 Click link for this White House photograph from my online gallery.

Here the camera setup waits out the sun…..

Click for the first posting of this series, “Portrait of a Navajo Guide”.

Click for the next posting of this series, “Family Trek.”