the approach of hurricane Sandy

Some background on the World War I Memorial

October 23, 2006 was the 75th anniversary of the War Memorial, dedicate in 1932 to the memory of Cornell’s 264 casualties during World War I. The War Memorial building group is formed by the Army and Navy towers and the cloister connecting them.

The Story “War Memorial with sunbeams”

This view of the War Memorial and the west campus housing complex is across Libe Slope.

Taken late on an October Friday afternoon as hurricane Sandy approached the east coast, the view looks across Ithaca to the distant ridge of Connecticut Hill. 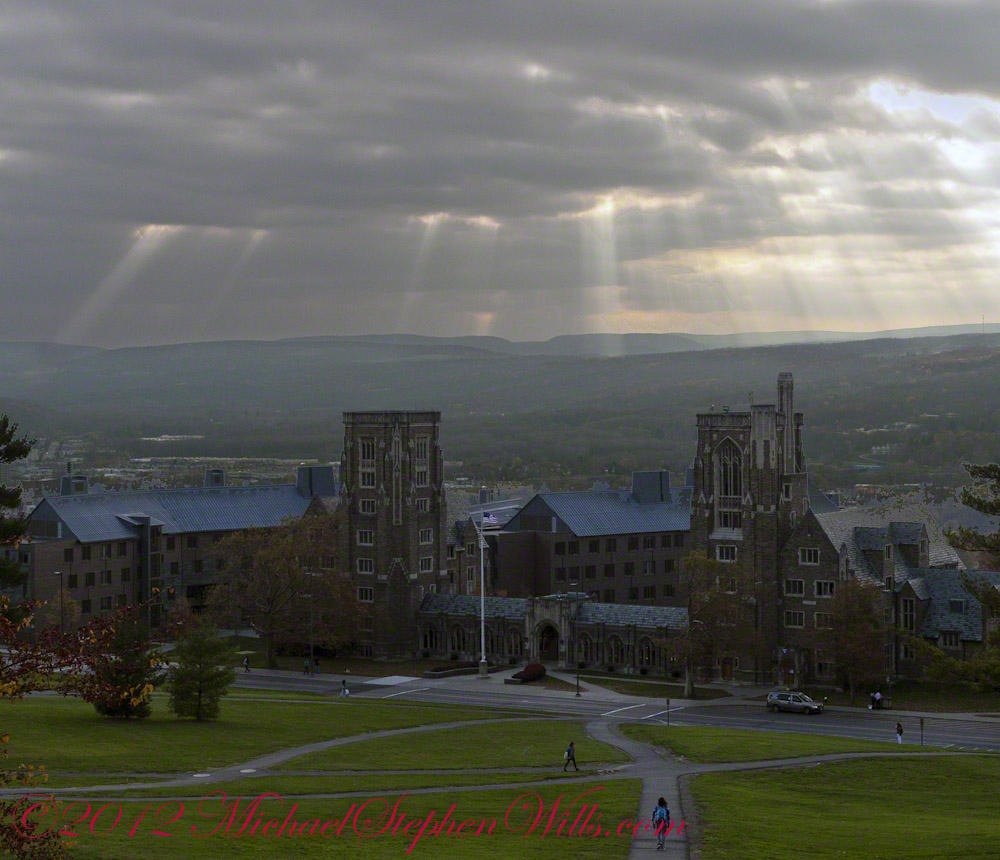 8 thoughts on “War Memorial with Sunbeams”

This site uses Akismet to reduce spam. Learn how your comment data is processed.