flying over the parade

In 2003 I was 50 years old, my son Sean graduated college and started his first job and we made time for a tour of Arizona together in November. The timing was perfect for me to take in the University of Arizona (U of A) Homecoming, my first since graduating 1975.

One absolutely positive memory from my time at the U of A was trying out for freshman cheer squad when I first arrived in Tucson, somehow being chosen and then serving for the fall and spring terms. So, when I received an invitation of the cheer alumni events I accepted and planned to be there in Tucson for November 7 and 8.

November 7 there was a reception for cheer alumni and current squad members. Everyone was welcoming and friendly, as you would expect, and I learned a bit about the younger members, how many were on academic scholarships.

The squad advisor, Phoebe Chalk, and I chatted briefly. She responded, “We have photographers,” and I floated the idea of my taking photographs during the parade so I let that drop with the intention of doing it, anyway. 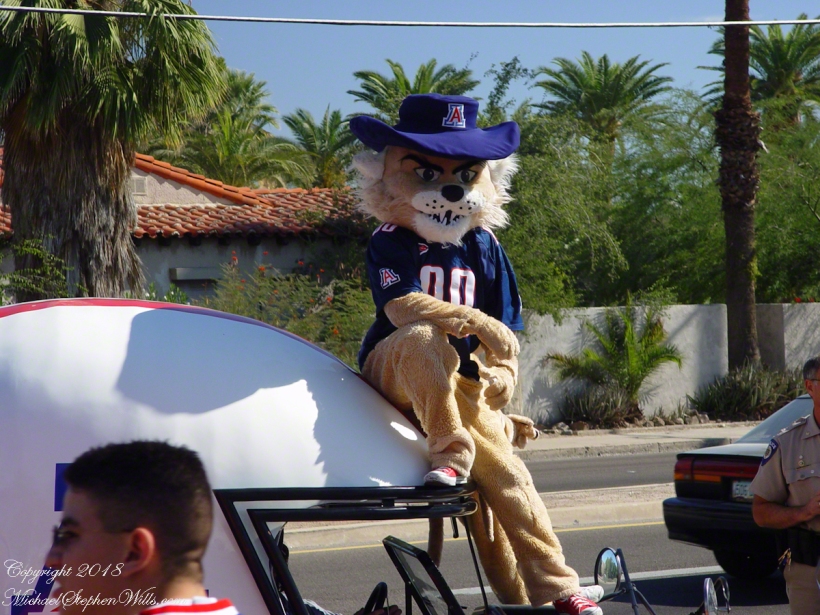 I came prepared the next day with a Sony Cybershot F828. It was “Sony’s flagship prosumer digital camera” at the time. It worked well that day, the variable lens was especially helpful. 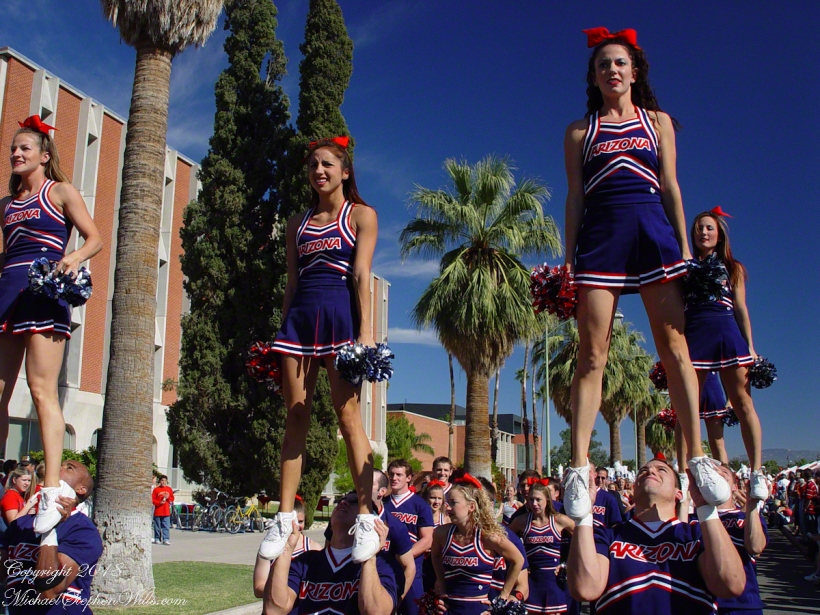 He said, “OK”, made a phone call and I walked up to the squad. They remembered me from the reception and I was on my way, “embedded” for the parade.

I walked alongside and on the alert.  As we crossed passed the Flandrau Science Center and Planetarium and into the intersection with Cherry Avenue the squad broke formation for a stunt.  Three men formed the “base”, they were  J. Justin VandenBerg, Ricardo Abud (captain) and Robert Scoby, around a “flyer”, Taylor Hendrickson, and launched her into the air, above the pavement.

My sense of amazement, awe and concern is reflected in the reactions of the team members.  Taylor was thrown more than 15 feet high for a complete flip to land in the arms of the three base members.  I call this image, “Mind.”

They did it again and I was more prepared to capture the instant of launch.  “Aerialists,” is the title of this image.  The next flyer to launch was Kristen Ortega, here standing on the shoulders of her partner. 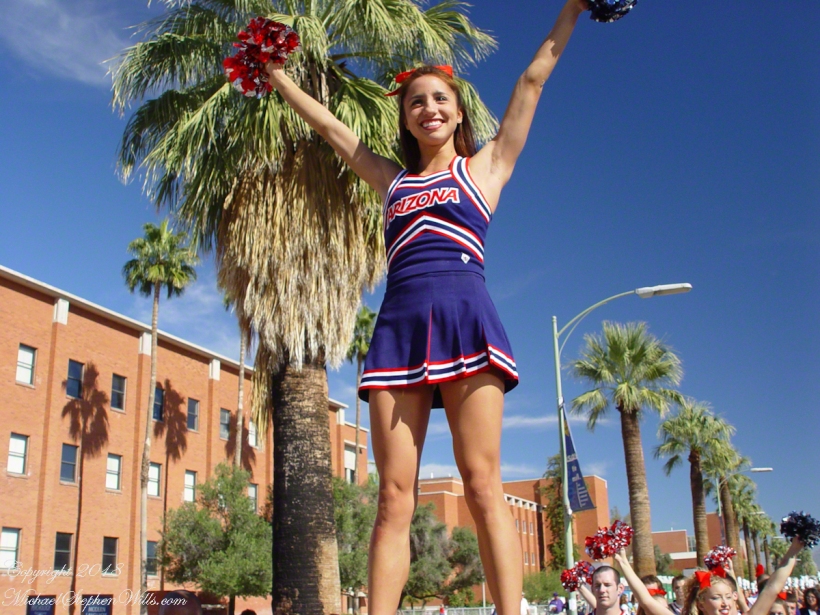 Kristen was launched in front of the review stand.  “Grace,” is the image title.  The three base members are the same. 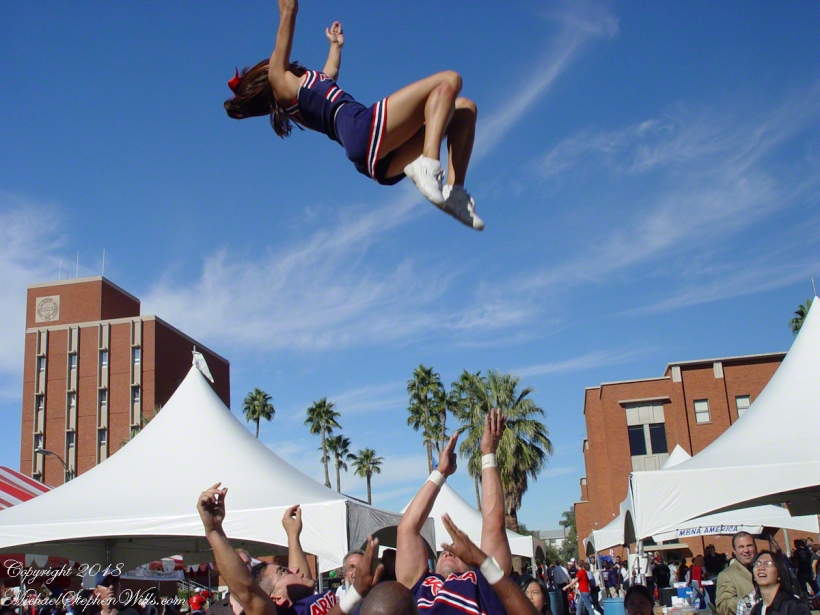 Here is the rest of the parade. 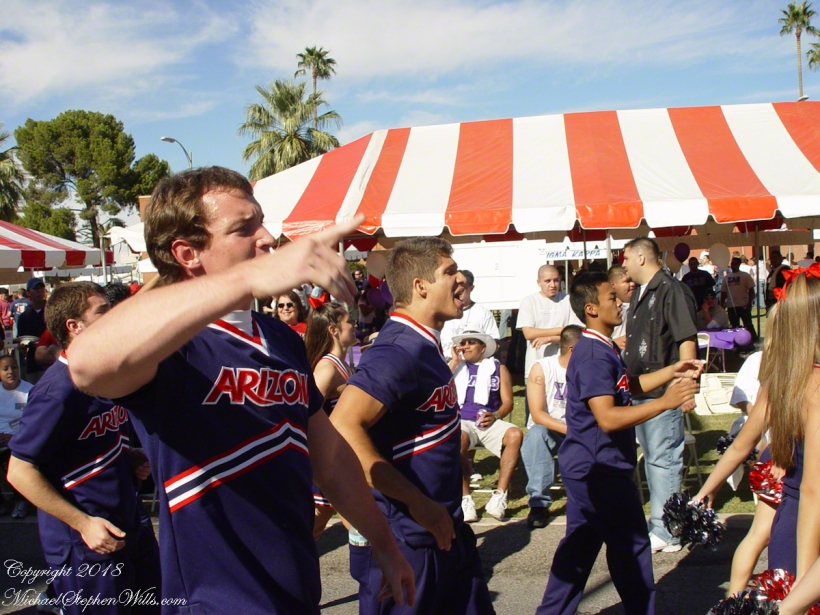 I posed with the cheer squad afterwards. 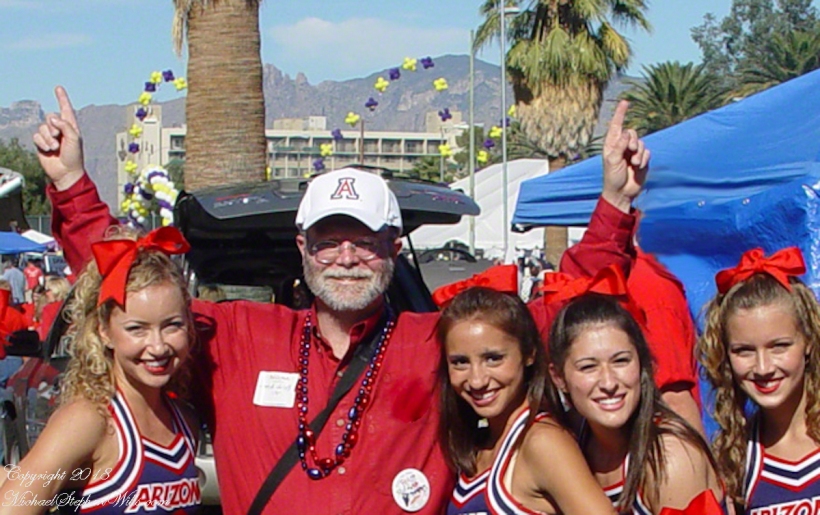 Click link for another posting about Arizonians, “Portrait of a Navajo Guide.”

Click link for another posting about Arizonians, “History and Ghosts of the Triangle T Ranch.”

This site uses Akismet to reduce spam. Learn how your comment data is processed.