Ricaro’s name tag reads, “Oceania Cruises, your world, your way.”  I began my two previous blogs with Ricardo, “Valparaiso Separation” and “Valparaiso Connections I.” There’s a lot to be said for the Oceania tours.  Every one lead by a knowledgeable native of the host country, fluent in English, we became familiar, some more than others, with them personally, one non-representative example.  As were progressed down the coast from Iquique to Cape Horn we met a cross section of Chileans.  Unlike other countries, in Chile we met only unsmiling guards on the streets, no protest rallies. 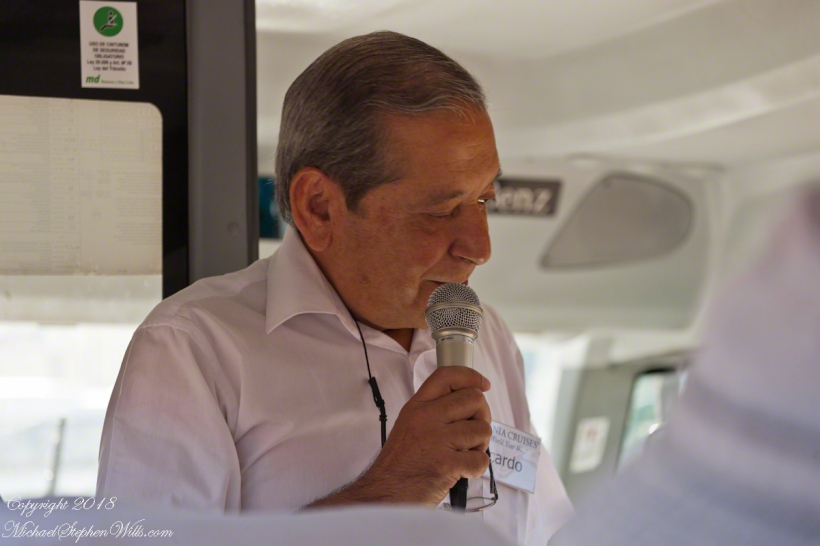 As the tour bus is about to turn down Varparaiso’s Argentina Avenue, here is a flash forward to an elaborate demonstration tableau in the Plaza de Mayo, the Casa Rosada as a backdrop, rose as in the color of bull’s blood used as pigment.  The protest was in support for veterans and causalities of the ill considered 1982 Falklands War.  We zoomed by the Parque De La Memoria, dedicated to the 30,000 people “disappeared” by the same military dictatorship of the Falklands War debacle. 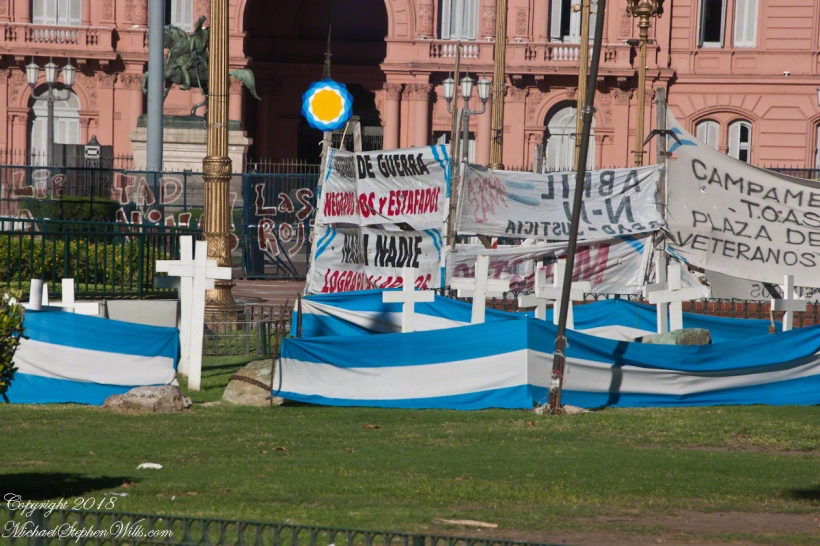 Our entry to both Valparaiso and Buenos Aires was a cruise over the secret graves of thousands dropped, alive, into the ocean from military aircraft.

What is most chilling is the silence about this throughout our travels in Chile.  No memorials, no protests, silence, only stone faced military guards.

The following is from Basílica y Convento de San Francisco de Lima, beneath which are catacombs piled with disarticulated skeletons buried and cared for in the Catholic tradition . 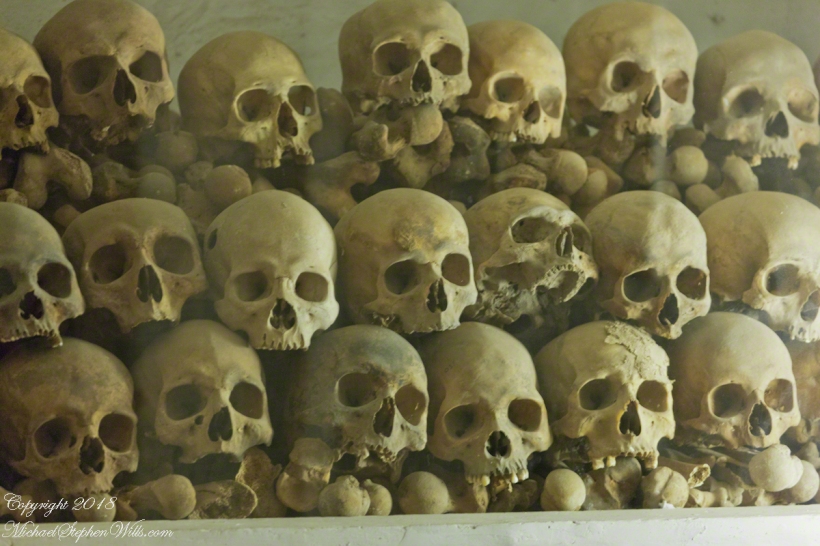 In Lima’s Plaza de Armas we witnessed this peaceful demonstration by pensioners protesting low payments.  To be honest, around this time, in Chile, there were huge demonstrations, hundreds of thousands in Santiago, about the same issue. 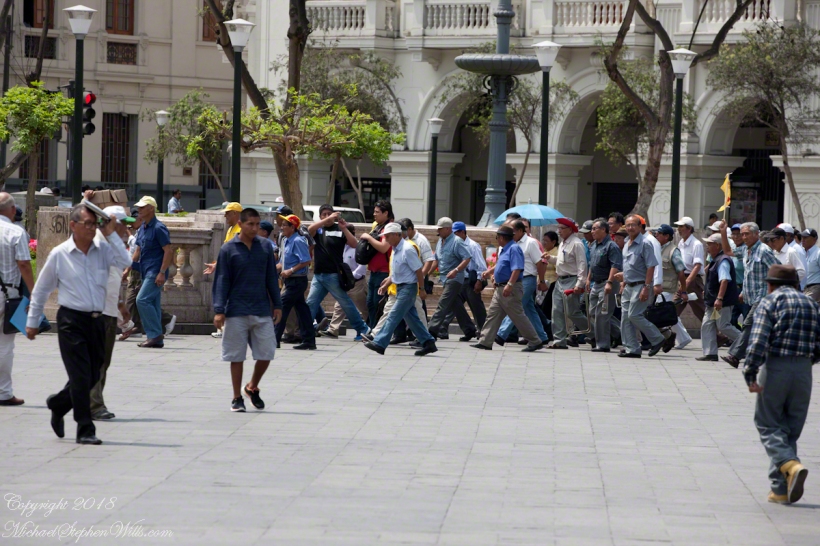 The Lima crowd was peaceful. 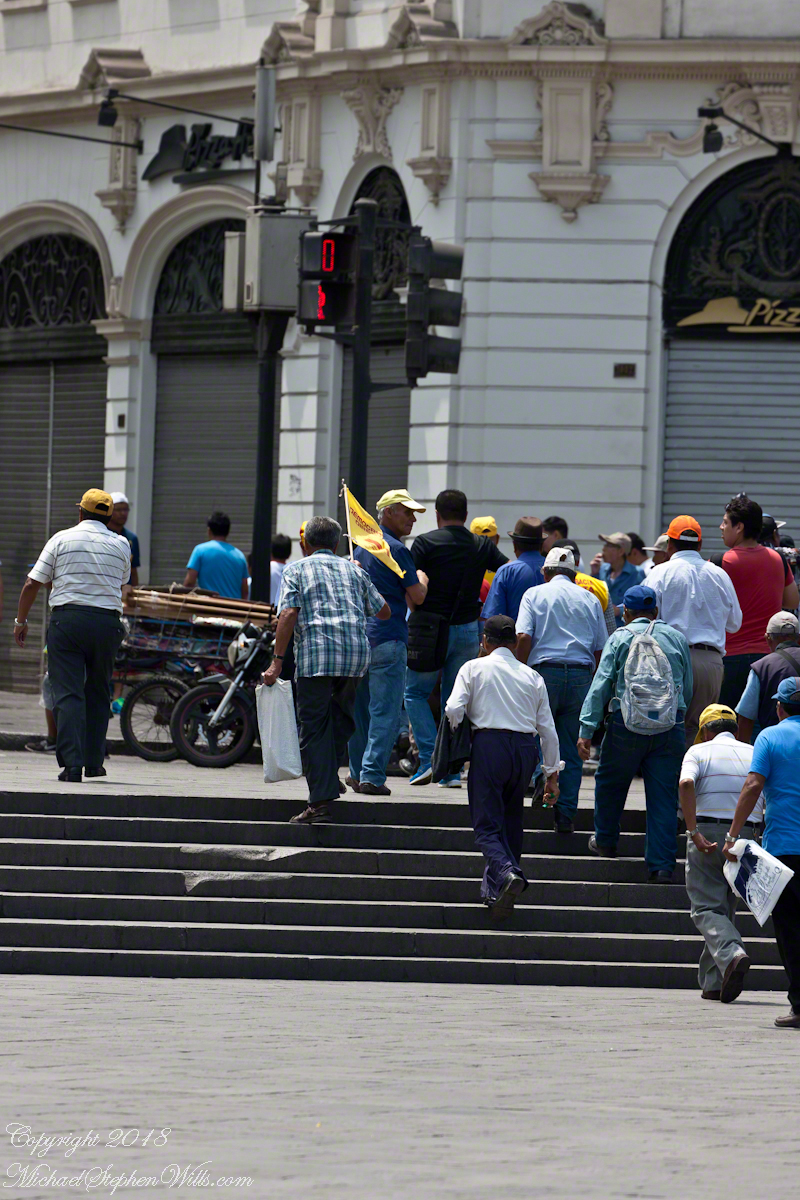 Watched by a heavy contingent of armed police supported by large “paddy wagons” to cart people away.  The vehicle marked “Prodegur” (i.e., prosecution) was one of them.  Given the history of government disappearances in the region, how brave the demonstrators must be. 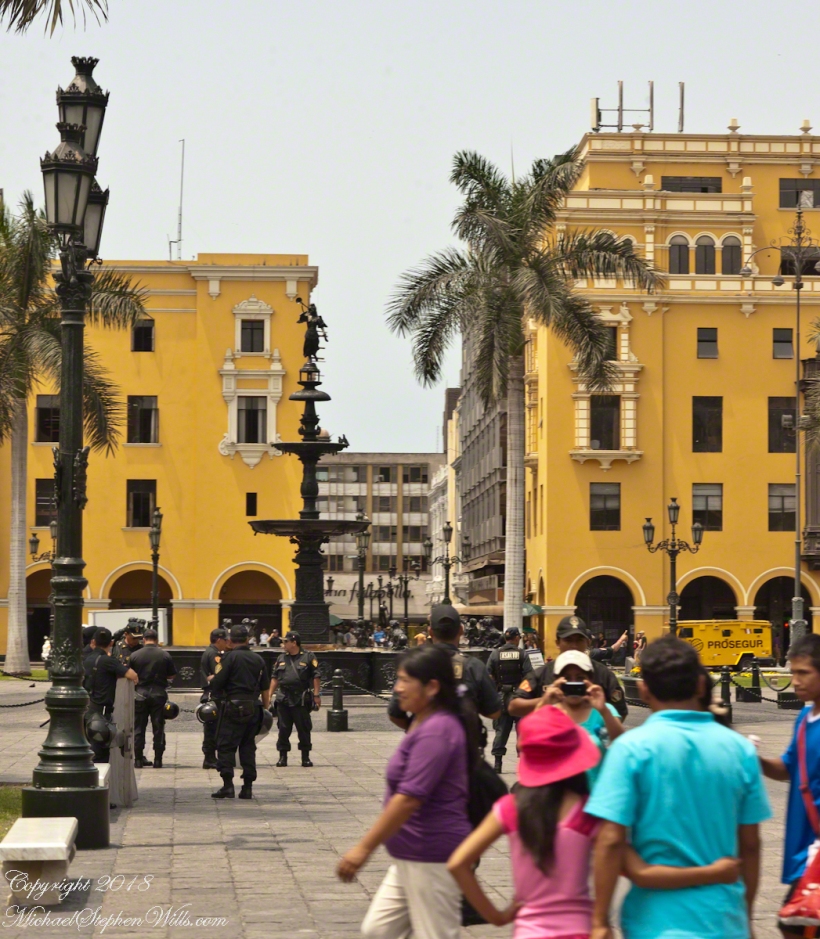 Our vehicle turns onto Argentina Avenue, passing under Spanish Avenue and these supports bruiting the “Patrimony of Humanity” status of Valparaiso.

Other murals feature the zinc panels of the Old Town and cultural opportunities.  I noticed the pictured flooring is identical that of Hotel Brighton, see “Our Fifteen Minutes of Fame on Conception Hill.” 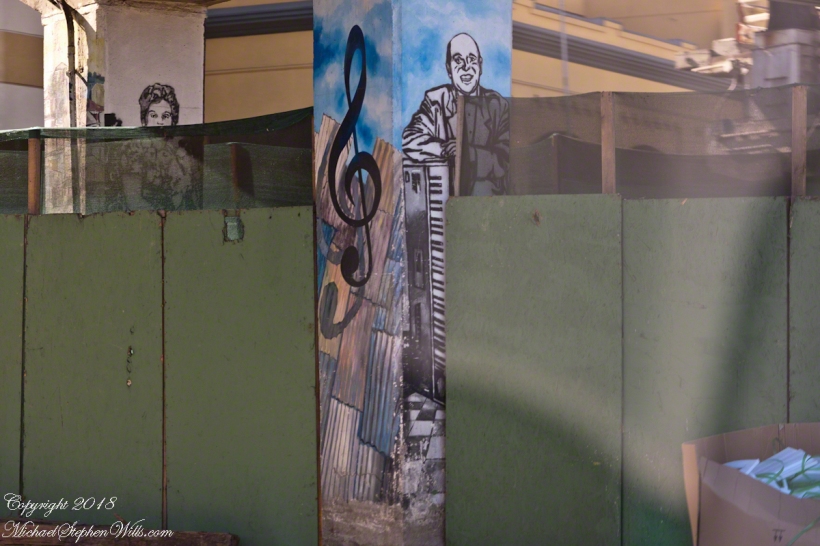 I wonder how a man of a certain ago scrapes his knees, these appear to be homeless people.

They gives us big smiles and waves when they spotted me / us.  The people were open and friendly.