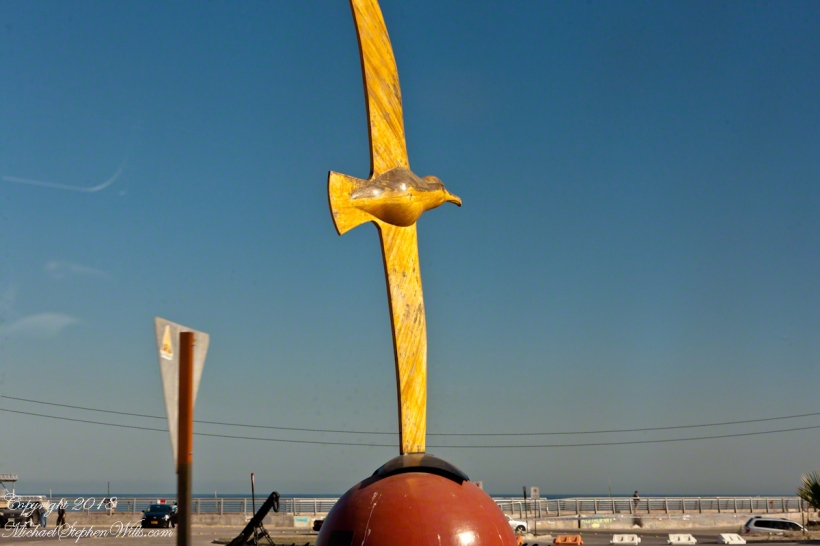 The Albatross and Valparaiso

We’ll start in the parking lot of the Valparaiso Passenger Terminal, introduced in my last posting, “Valparaiso Old and New”.  The terminal was our first stop in Valparaiso, it services cruise ship passengers, it was in the parking lot we met Ricardo, a guide and city native.  In his late sixties, Ricardo lived through numbing changes:  the political turn left and election of Allende, followed by a military coup d’état (called golpe de estado in Spanish) and rise of a military officer, Pinochet, to dictator.  From the 70’s through 80’s Pinochet ruled, abolishing the congress in Santiago, enjoying ruthless suppression of opponents with the full support and assistance of the military.  In the late 80’s Pinochet allowed a return to democracy, a new constitution with a bi-cameral (two houses) congress in Valparaiso and elected president.  Ricardo was quiet about these times, as are most Chileans and we did not press him.

Click any photograph to open my Fine Art Gallery. 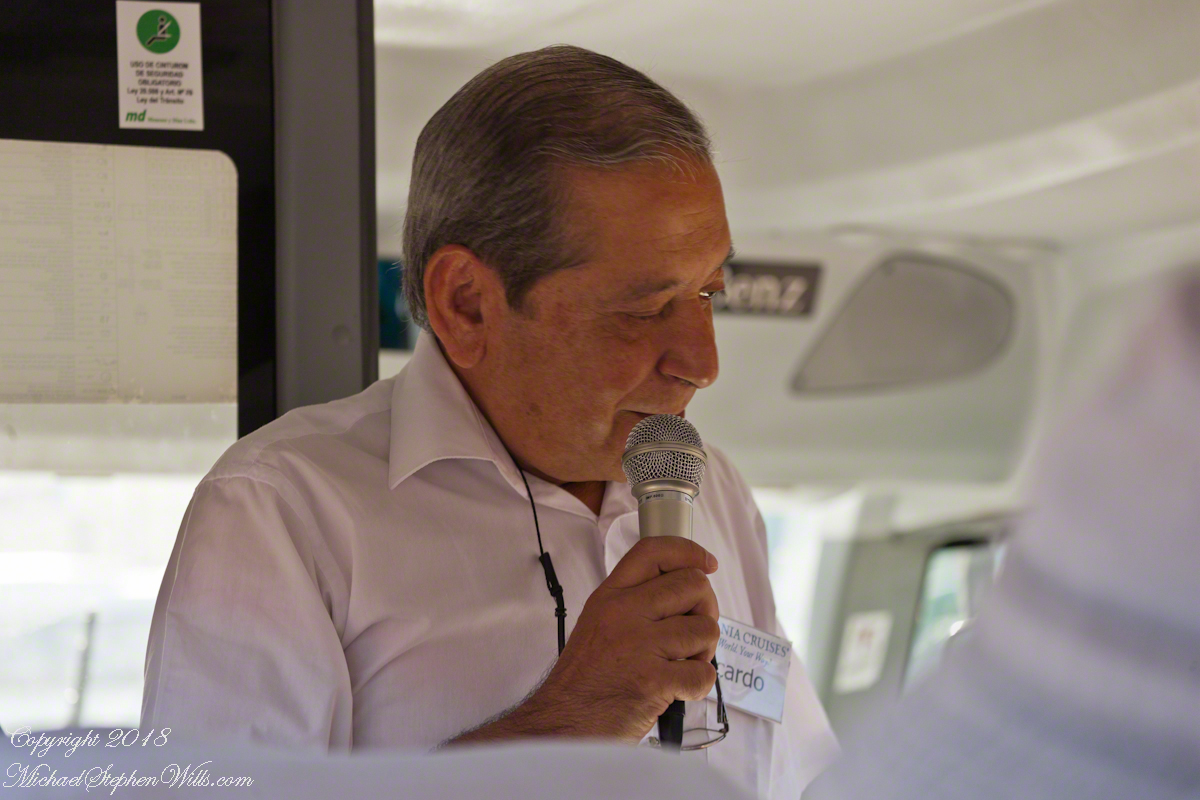 The bus passed a carved wooden statue of the albatross, near the terminal entrance.  A bird of the southern ocean, familiar to mariners for the habit of following ships, this aspect of soaring the a familiar posture.

Here is a specimen in this posture following the Regatta on February 22 as we traversed the Southern Atlantic between the Falkands and Punta del Este.  That day, many albatross soared among the 20+ foot waves, the wingtips very close to the water surface.

The day before, February 21, the Regatta approached the southern most point of the western hemisphere, Cape Horn, coming within a mile of the landing point and monument.  At the top you can see the steel sculpture of the outline of an albatross set in a stone plinth.

A cropped version of the above image, the albatross outline is easier to see.  Also visible, at the cliff base, the landing, stairs, a platform painted as a Chilean flag, the railings leading up to the Albatross Monument.

All of this to emphasize the unique position and reason for being of Valparaiso of the eastern South Pacific, made evident by the recurring motif of an albatross soaring among the waves.  This retired anchor, close to the albatross sculpture, on our way to Argentina Avenue and the weekend street fair (to be continued).