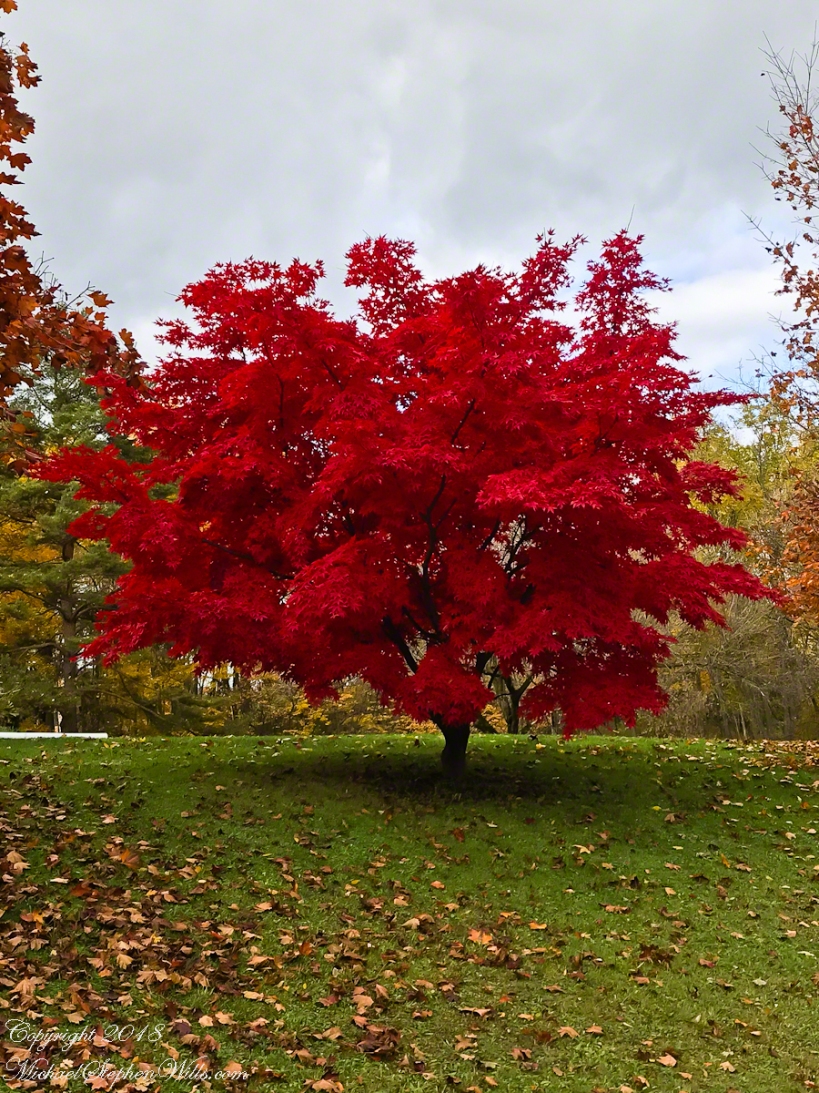 Yesterday, Pam and I headed to the peneplane behind our home to enjoy the Finger Lakes terrain graced by fall colors.  The day before I noticed the Japanese Maple leaves had turned from maroon to vermillion.  While waiting for Pam to get ready, I capture the following two shots. 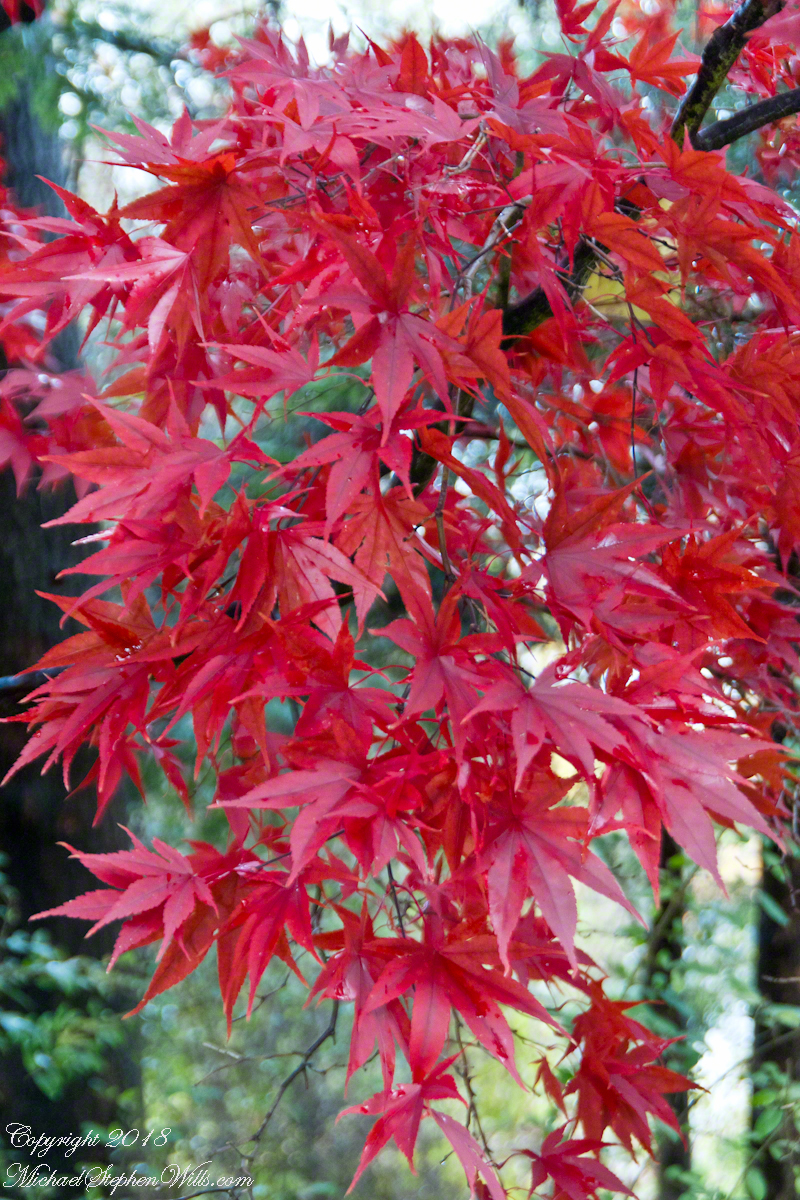 This tree was planted by my father and mother in-laws.  Developed over the centuries by the Japanese, specimens reached England in the 1820 and spread from there.  It is not strictly accurate to call the color vermillion, since cinnabar finely ground produces the pigment for which the color is named, when the sun strikes the leaves vermillion is a metaphor for the impression made.

We drove under the clouds, enjoying the rare dramatic shafts of sunlight and I gave up, finally, tying to time my shots.  Here is the view from Connecticut Hill.

The previous photos were taken with a hand held Sony Alpha 700 with variable lens.  The next two are with an Apple iPhone I had a hand when Pam and I returned home for a walk around the neighborhood to witness the transformations.

We were surprised by this orange maple, never recalling this shade before.  Like our Japanese Maple were assume it is a non-native ornamental.

Our Japanese Maple is a challenge to capture photographically as it grows beneath a larger “nut” (don’t recall the kind at the moment) tree.  We are working together to improve that, so I don’t have an overall photograph.

Here is our neighbor’s Japanese Maple.  They have a story of carrying this tree, as a sapling, on the bus from Long Island.   I love the impression of dark limbs among the clouds of red foliage.

This photograph (the “far” of the “near and far”) is from a remote corner of Chiricahua National Monument, during the trip mentioned in my post, “History and Ghosts of the Triangle T Ranch”.  To get there, I drove over a mountain pass to a location was featured in an “Arizona Highways” I read long ago.

I call this photograph “Red Dragon,” the formation is known as a “maple ”

dragon”, from the long sinuous form of the tree limb.  Known for this reddish orange autumn color, this is a Big Tooth Maple, AKA Canyon Maple.  Scientific Name Acer grandidentatum (as in “big tooth”).  It is a wild specimen, living along the north fork of Cave Creek.  It is a area well know to avid bird watchers and ornithologists. 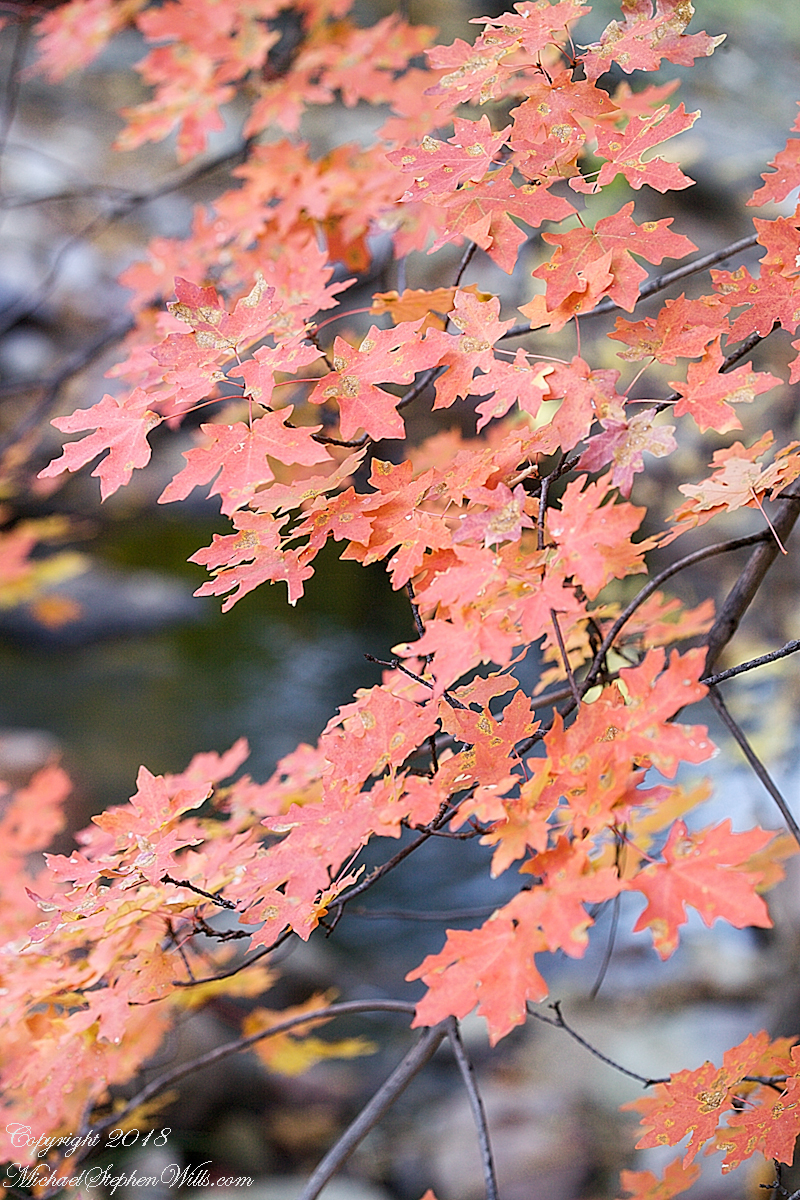 The camera was my Kodak, DSC slr-c with a Canon 50 mm lens mounted on a tripod.